The Kokoda Track or Trail is a single-file foot thoroughfare that runs through the Owen Stanley Range in Papua New Guinea.

Located on the Northeast coast of Papua New Guinea on the Solomon Sea is Buna Village, site of the closing battles of the Kokoda Campaign in the 1942 of WW II, and where many of our adventures begin. It is a rugged and remote jungle path across some of the most hazardous terrain people will ever traverse. 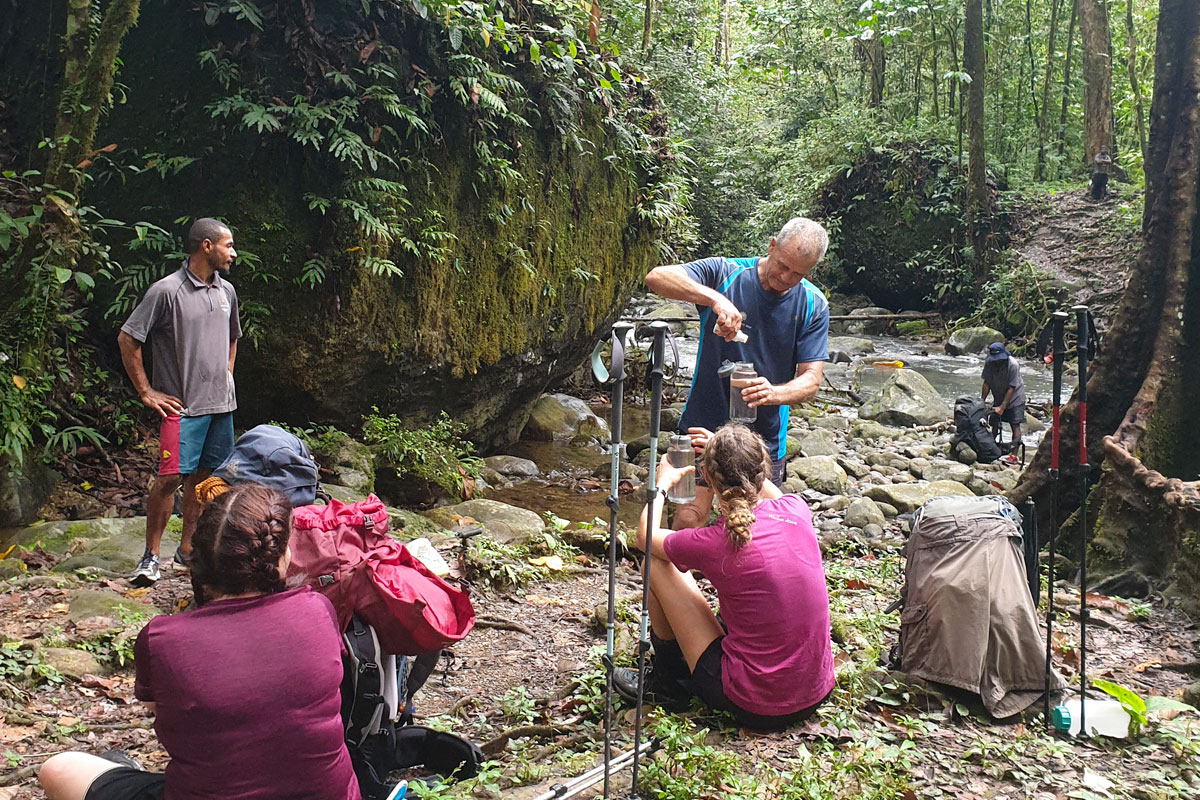 Take a look at one of our typical Kokoda Itineraries

Trek your way through heart and history

Every now and then, leave beside the track dumps of discarded, putrefying food, occasional dead bodies and human fouling. In the morning, flicker the sunlight through the tall trees, flutter green and blue and purple and white butterflies lazily through the air, and hide birds of deep-throated song, or harsh cockatoos, in the foliage. About midday, and through the night, pour water over the forest, so that the steps become broken, and a continual yellow stream flows downwards, and the few level areas become pools and puddles of putrid black mud. In the high ridges above Myola, drip this water day and night over the track through a foetid forest grotesque with moss and glowing phosphorescent fungi. Such is the track which a prominent (Australian) politician publicly described as 'Being almost impassable for motor vehicles', and such is the route for ten days to be covered from Ilolo to Deniki." 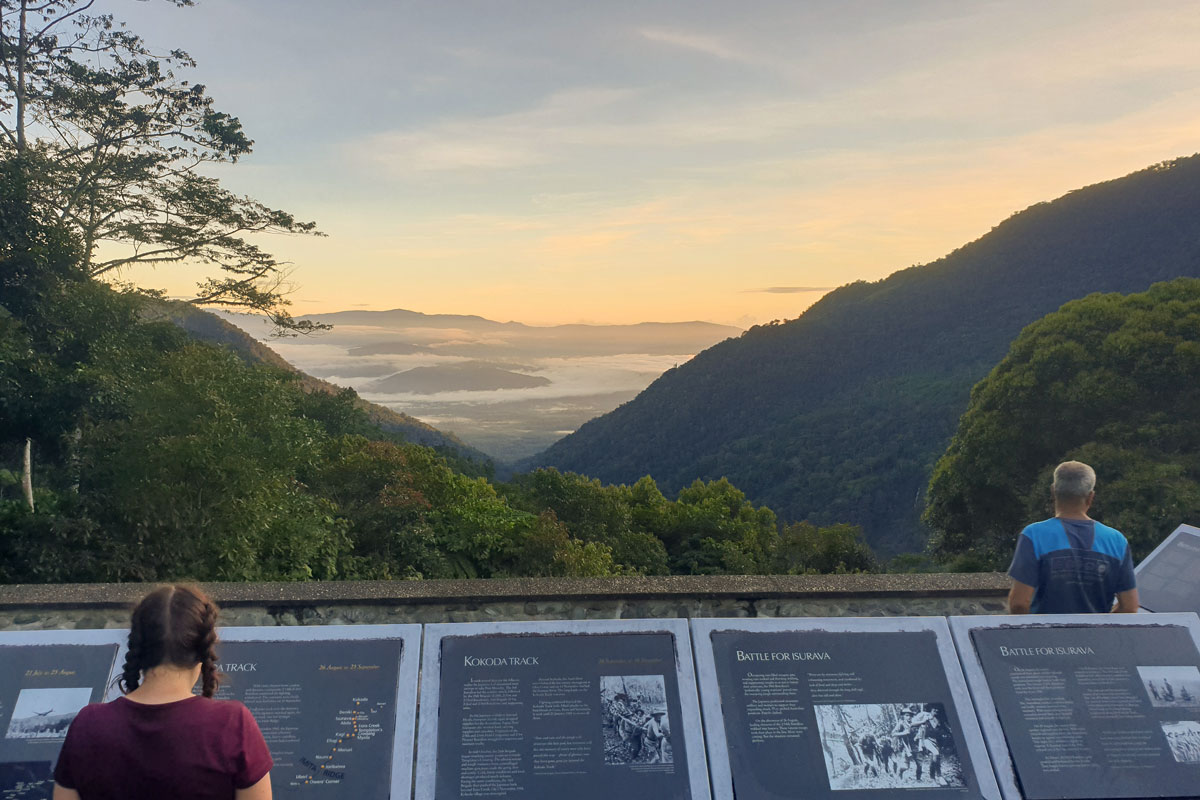 Why Choose our Kokoda Treks?

Your trek will be led by an experienced Adventure Out guide who has specific expedition trek experience and knowledge of the routes, natural history, and cultural background.

With safety our topmost priority, Adventure Out is a leader in staff support, ensuring that our clients get the highest possible standard of skilled, motivated and committed guides on their treks. Our guide will carry a comprehensive tropical first aid kit, emergency response beacon (EPIRB), VHF track radio and satellite phone for any possible emergencies.

Our mission is to promote individual and team achievement through fun experiential learning via outback adventures that ignite the human spirit.